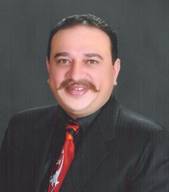 Mohammad Amin Dadabhoy is one of the pioneer industrialists of our country and belongs to a noble business family of Pakistan. Mohammad Amin Dadabhoy was born in Karachi on 2nd April 1971. He has vast experience and qualifications in the field of Management, Economics and Business Administration. He got his B.Com from University of Karachi and BBA from South Eastern University (Greenwich Institute, Washington DC).

The history of Dadabhoy Group begins in 1895. Mr. Ali Muhammad A. Latif, great grand father of Senator Mohammad Amin Dadabhoy,  established a trading house later turned it into a department store, in the beautiful country of South Africa. Mr. Ali Muhammad A. Latif, departed at the young age of 35. Later Mr. A. Ghani Dadabhoy, grand father of Mr. Mohammad Amin Dadabhoy, posthumous son of Mr. Ali Muhammad A.Latif  established initially a trading house and later a soap factory, at Portbandar on the western coast of pre-partitioned India. At the time of partition, the family migrated to Pakistan and at the call of Quaid-e-Azam, it came forward to play its role in the new infant country. Immediately after settling in Karachi, he (Mr. A. Ghani Dadabhoy) set up a trading house encompassing a wide range of businesses.

Presently he (Mr. Mohammad Amin Dadabhoy) is holding the office of Chief Executive / Managing Director of M.H. Dadabhoy Group of Companies and doing the job independently for the last 15 years.  During this tenure he successfully negotiated with a cross section of interests and has been leading the company in a very praise-worthy manner and to the entire satisfaction of the stakeholders.

He has traveled widely across the world in connection with his business and sightseeing. Due to his sheer hard work he is very familiar in business communities as well as for his social welfare work.  His vision on  Pakistan  socio-political  situation  make  him  a  valuable asset of Senate and Government of Pakistan. Presently he is also member of the upper house of the Parliament.